Update Aug, 11: This post was well received on Reddit, so I added new anti-patterns to reflect the comments.

Recently, I had the occasion to work on numerous legacy PHP applications. I spotted common anti-patterns that I had to fix. This article is not about rewriting an old PHP application to <insert shiny framework name here>, but about how to make it more maintainable and less of a hassle to work on.

Anti-pattern #1: Credentials in the Code#

This is definitely the most common worst pattern I’ve seen. Many projects simply have sensitive information such as database username and password in the versioned code. This is obviously a bad practice because it makes it impossible to create a local setup as the code is tied to a specific environment, and everybody with an access to the code can see the credentials for what’s usually the production environment.

To fix it, my preferred way to proceed that works with any application is to install vlucas’ phpdotenv package, that allows to create an environment file and access the variables with the environment super variable.

Your .env will have the credentials:

In the common file, load the .env file:

Then you can access your credentials using $_ENV['DB_HOST'] for example.

Note that it is not recommended to use the package as is in production, it is better to either:

Files that contained credentials can be purged from the Git history as shown here.

I found it was very common back in the days to have a lib folder with big libraries such as PHPMailer. This is a big no-no when it comes to versioning, so those dependencies should be managed with Composer. This way, you can very easily see which version of a given package you are running, and update them as needed.

So go ahead and start compose require all the things.

Most of those applications I worked on only had one environment: production. 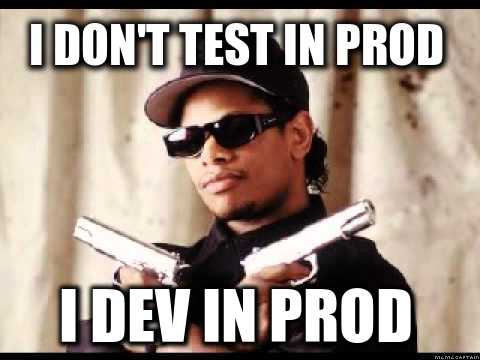 But now that you fixed Anti-pattern #1, you should be able to setup a local easily. You still may have some hard coded configuration such as upload paths, but now you can move those over to your .env.

To create new local environments, unsurprisingly I use Docker. I find it especially well-suited for legacy projects as they often use older PHP versions that you do not want to or cannot install.

You can use a service such as PHPDocker or use a light docker-compose.yml file.

Anti-pattern #4: Not Using a Public Folder#

I found that most of those old projects are accessible from their root. In other words, any file stored at the root of the project will be publicly readable. This is especially bad when malicious users (ie, kiddies scripts) will try to access included files directly as you may not have defined an exit if the script is accessed directly in all of your included files.

This is obviously incompatible with using a .env file or Composer as it is a bad idea to expose the vendor folder. Yes, there are tweaks to make this possible but when possible, go ahead and move all the client-facing PHP files to a public folder, and alter your web server configuration to make this the root of your application.

In my typical application, I will have:

PHP applications not using a framework, especially old ones, are prone to blatant security issues such as:

This is very common among legacy apps. While I think it is unrealistic to start writing unit tests for the whole application, one can write functional tests. 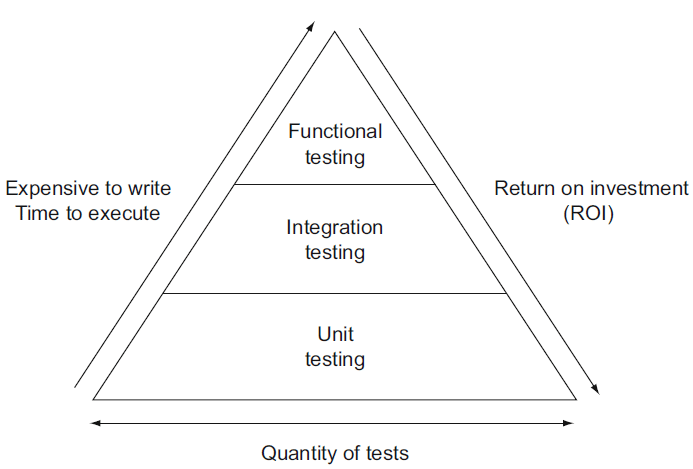 These are high level tests as shown in the image above, that will help us to ensure that subsequent refactoring of the application does not break it. It can be as simple as, for example, firing up a browser and logging to the application, then expecting a HTTP success code and/or a specific success message in the resulting page. PHPUnit can be used to do that, or other tools like Cypress, or codeception.

If (or most likely when) something breaks, you want to be aware of it, quickly. But most legacy apps handle errors poorly, relying on PHP’s forgiveness to carry on no matter what.

You want to be able to catch and log as many errors as possible to correct them. There are good articles on the subject.

Throwing specific exceptions will also make it easier for you to locate the location of an error.

I thought I’d never see those again until I worked on a legacy project. And they make reading and understanding the behavior of code unpredictable. After all, they are evil.

It is better to use Dependency Injection instead, because it gives you control over which instance is used where. A package like Pimple will do the job well.

What to Improve Next?#

Depending on the future of the application or the available budget, several more steps can be taken to improve it.

First, if the app is running on an ancient version of PHP (anything below 7), you should really consider updating it. Most of the time it should not be really painful, and the longest task will probably be getting rid of all those mysql_ calls if the application is using them. You can use something like this library for a quick and dirty fix, but the best solution would be to rewrite all the queries to PDO, making sure that the parameters are escaped at the same time.

If the app is not using the MVC pattern, ie having the business logic and the templates separated, it might be a good time to introduce a template library (I know, PHP is a templating language but modern libraries are just much nicer) like Smarty, Twig or Blade.

Finally, if you can afford it, a rewrite to a modern PHP framework such as Laravel or Symfony is much better in the long run. You will have all the tools you need to do safe, sane PHP development. Depending on the size of the application, if it is big, I would advise using the strangler pattern to avoid a big bang rewrite that could (and probably would) end badly. This way, you can migrate parts of the code you are currently working on to the new system while keeping the old working ones untouched until you need to work on them.

This is a cost-efficient approach that allows you to have a modern PHP environment for your day to day tasks while avoiding feature freeze for weeks or months depending on the project.

I will be writing another article on how to do this with Laravel soon.

I hope you enjoyed this article and please feel free to comment below!